​Our jury comprises of world-renowned concert artists, musicians, as well as experienced professors and pedagogues from major institutions. 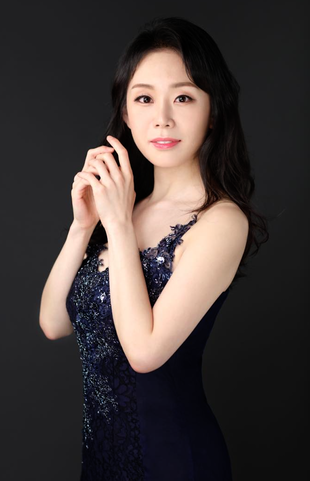 She has recorded three albums with the Steinway Records. The first album ‘Love and Longing’ (2014) was “Album of the week” on WQXR and made the Top 21 on the Billboard Classical Chart. The second album, “Goyescas,” (2017) was released to mark the 150th anniversary of the birth of the composer, Enrique Granados. The third album presents the complete ‘Le Rossignol Éperdu’ (2019) by Reynaldo Hahn. Her previous album ‘Romantic Piano’ (2013) was released on Concert Artists Guild. A devoted chamber musician, she’s a founder and pianist at Gloriosa Piano Trio. The trio’s debut album (2019) was released on the Centaur Records label.

Ms. Han received her Bachelor’s degree from the Curtis Institute of Music, her Master of Music degree from the Juilliard School, and her Doctorate from Stony Brook University.
She was an Assistant Professor of Piano and Artistic Events Coordinator at Bilkent University in Turkey in 2015-18. She is the founder and Artistic Director of the Istanbul International Piano Festival and Steinway Award in Turkey. She is currently an Assistant Professor of Piano at Hong Kong Baptist University. 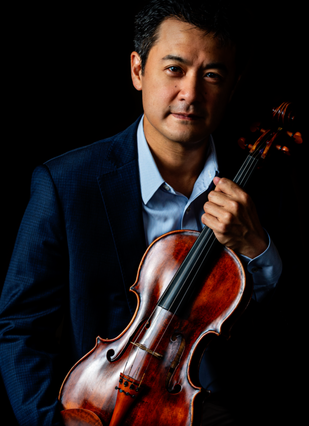 Assistant Professor of Viola at Texas Tech University, Philippe Chao enjoys an expansive career as an orchestral, solo and collaborative performer and a respected teacher and coach.

A tenured member of the Kennedy Center Opera House Orchestra, he has performed with the Pittsburgh, National, Detroit, Minnesota, and Baltimore Symphonies and was previously the Assistant Principal Violist of the Virginia Symphony. He is a longstanding member of the Post-Classical Ensemble and the Grand Teton Music Festival and is on the faculty of the Sewanee Summer Music Festival.

Philippe has been featured as a concerto soloist with the Newark Symphony Orchestra, the National Repertory Orchestra, the Virginia Symphony, and the Eclipse Chamber Orchestra and has appeared as well as with the Fairfax Choral Society at the National Shrine of the Immaculate Conception in Washington, DC. Other appearances have included concerto performances with the orchestras of Georgetown University, Catholic University, and George Mason University.

As a chamber musician and recitalist, he has performed with the renowned international artists James Buswell, Nathaniel Rosen, Simone Porter, Susan Platts, the Coull Quartet, and Julian Rachlin and with numerous chamber music societies including The Pressenda Chamber Players, Musica Aperta, the Smithsonian Chamber Orchestra, the Chamber Music Series at the United States Holocaust Museum, and the Czech and Ukrainian Embassies' series. Other appearances have included performances at the Supreme Court, the Garth Newell Music Center, Music Mountain, and Oxford University, UK and recent NPR Broadcasts for Performance Today hosted by Fred Childs. He performed on Broadway in Steve Martin and Edie Brickell's Tony-nominated musical, Bright Star and can be heard on Naxos' album featuring the music of Bernard Herrmann. As a member of the Lehner String Quartet he has premiered several new works for Vox Novus' Virtual Concert Hall Series.

In demand as a pedagogue, Philippe was invited to present a clinic at the recent 2022 Texas Music Educator’s Association Conference in San Antonio. He has served as an adjudicator and panelist for a number of competitions, the most recent being for the American Viola Society's 2021 Orchestral Excerpt Competition and the Virtual Concert Hall Series’ Sound Espressivo Competition. Philippe is a board member of the newly formed American Society for Musical Excellence. He previously held the Adjunct Professor of Viola positions at George Mason University, Washington Adventist University, and The Catholic University America, has been a faculty member of the American Festival for the Arts and the Eastern Music Festival and was a Guest Artist-Teacher for the State Department's Artist Exchange Program at the Kennedy Center.

Reflecting his continuing interest in exploring and expanding the viola repertoire, he has set and edited several works of Marco Anzoletti (1867-1929) in their premiere editions (GemsMusicPublications.com), has transcribed an accompanying second viola part to the Bach Cello Suites and Kreutzer Etudes (VlaTutti.com), premiered a new work (Centaurs for solo viola) dedicated to him by the acclaimed Russian composer, Sergey Akhunov at the American Viola Society 2021 Virtual Festival, and has recently commissioned a new work for solo viola from the celebrated composer, Adolphus Hailstork.

Earning degrees from the University of Minnesota and the University of Southern California's Thornton School of Music, Mr. Chao also studied at the Britten-Pears School for Advanced Musical Studies in Aldeborough, England and at the Cleveland Institute of Music. His mentors include the renowned pedagogues Roland and Almita Vamos, the Boston Symphony's Michael Zaretsky, international soloists Gérard Caussé and Donald McInnes, and the Cleveland Orchestra's former Principal Violist, Robert Vernon.

His strings are sponsored by D'addario. 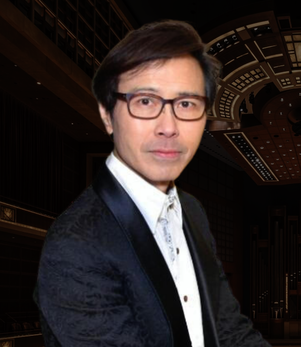 Stephen Wong was trained at the Royal College of Music in London, the United Kingdom and received a Master of Music at the McGill University in Montreal. Wong was awarded the Jardine Matheson and McGill music faculty scholarships. Between 1995-1999, he taught piano, chamber music and was a vocal coach at McGill music faculty. He appeared as soloist with the McGill Symphony Orchestra, Les Grands Ballets Canadiens de Montreal and worked as a repetiteur for L’Opera de Montreal. Wong also performed in the Rome Chamber Music Festival in Italy, and in Asia including the Mainland, Macao and Taiwan.  He is a much sought-after pianist for both solo and ensemble concerts. He has also been invited regularly to record for Radio 4, RTHK. Currently, he teaches at the music faculty of the HKAPA, Hong Kong Baptist University, School of Continuing Education and Professional Studies of The Chinese University of Hong Kong and The Education University of Hong Kong. 2018 also marks the 11th year of his successful piano students’ concert “Music and Friends”.  Apart from being a concert artist, he composes and recorded the music for the movie soundtrack of A Tale of Three Cities, 2015. He participates in theatre acting, dialect coaching and voice-over for movie productions.
2021 Jury
UA-194338598-1